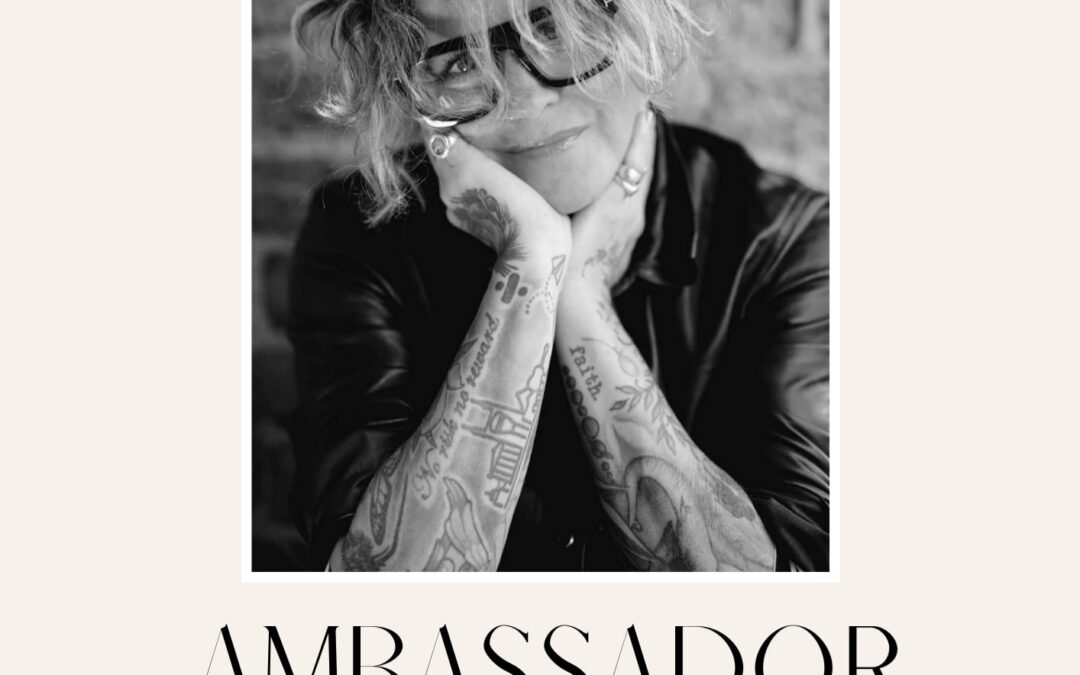 Mothers Matter are really excited to welcome our newest Ambassador to our team Amy Wadge.

Amy Wadge is a singer and songwriter. She has co-written tracks with Ed Sheeran, including “Thinking Out Loud” for which she won the 2016 Grammy Award for Song of the Year.Amy has also had the pleasure of writing with artists such as Dianna Ross, Alicia Keys , Beyonce, Keith Urban, Kacey Musgraves, Stormzy, Jonas brothers , John Legend, Camila Cabello, Mika, Lady A and most recently Andrea Bocelli.

In 2021 Amy went on her first UK tour, Selling out in all 10 venues. The tour was a huge success and showed Amy not only as a fantastic song writer but a truly beautiful musician. Amy also wrote the song “Faith’s song” for the TV programme Keeping Faith. The song hit 10 million streams on Spotify. Amy has made beautiful relationships in the music industry, talking frequently about how much love she has for Ed Sheeran and Michael Ball. Having sung with both artists on stage and been friends with Ed since he was the young age of 17.

When we asked Amy what her biggest achievement to date is? She said…“Winning the Grammy and song of the year for Thinking out loud, not only did it go to number one once it returned to number one a 2nd time after it went platinum in December 2014”.

In June 2015, it became the first track ever in the history of the UK Charts to remain in the top 40 for a whole year and has subsequently become a multiplatinum selling, global hit. To date, the track has sold over twelve million copies worldwide, has been viewed 1.25 billion time on YouTube and streamed over a billion times on Spotify. In February 2016, the track won two Grammys at the 58th Recording Academy Awards Ceremony, ‘Song of the Year’ and ‘Best Pop Solo Performance’.

Amy has also been nominated a further 10 times for Grammy awards in the past 6 years. Showing Amy for her unbelievable talent.

We are absolutely blown away to have her onboard. Amy Wadge Page

We use cookies on our website to give you the most relevant experience by remembering your preferences and repeat visits. By clicking “Accept All”, you consent to the use of ALL the cookies. However, you may visit "Cookie Settings" to provide a controlled consent.
Cookie SettingsAccept All
Manage consent

This website uses cookies to improve your experience while you navigate through the website. Out of these, the cookies that are categorized as necessary are stored on your browser as they are essential for the working of basic functionalities of the website. We also use third-party cookies that help us analyze and understand how you use this website. These cookies will be stored in your browser only with your consent. You also have the option to opt-out of these cookies. But opting out of some of these cookies may affect your browsing experience.
Necessary Always Enabled
Necessary cookies are absolutely essential for the website to function properly. These cookies ensure basic functionalities and security features of the website, anonymously.
Functional
Functional cookies help to perform certain functionalities like sharing the content of the website on social media platforms, collect feedbacks, and other third-party features.
Performance
Performance cookies are used to understand and analyze the key performance indexes of the website which helps in delivering a better user experience for the visitors.
Analytics
Analytical cookies are used to understand how visitors interact with the website. These cookies help provide information on metrics the number of visitors, bounce rate, traffic source, etc.
Advertisement
Advertisement cookies are used to provide visitors with relevant ads and marketing campaigns. These cookies track visitors across websites and collect information to provide customized ads.
Others
Other uncategorized cookies are those that are being analyzed and have not been classified into a category as yet.
SAVE & ACCEPT